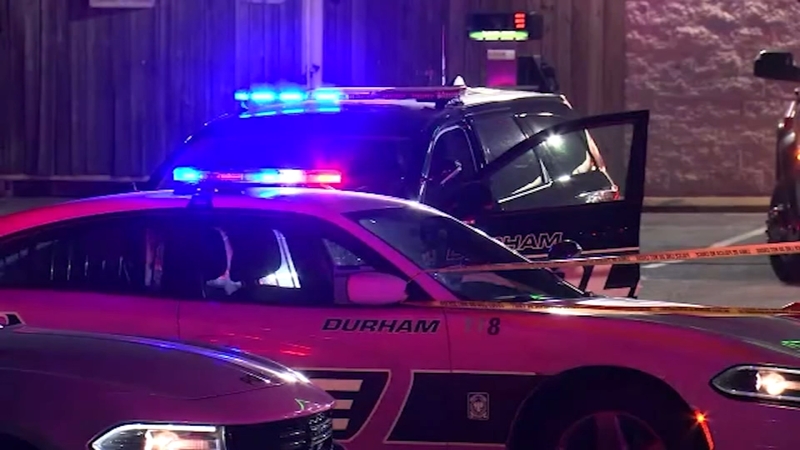 Some Durham moms plead for help after consecutive nights of violence

DURHAM, N.C. (WTVD) -- At just 16 years old, Jaliyah Alston has seen her fair share of gun violence. A recent standoff and shooting in Lakemoor apartments in Durham, where she lives, left one woman dead and a man injured.

"It was a lot. I was at work and really scared. Just praying everyone in my apartment building and family are OK," said Alston.

With violent crime across the city on the rise, the Boys and Girls Club of Durham is working to keep kids off the streets.

"Without it, I don't know where I would be," she said.

Those are fears that officials at the club say no child should have to deal with. The reality is, they do.

Alston and other youth consider it a haven. There are year-round programs in place to keep young people occupied.

Erica Luciano also lives at Lakemoor apartments. She hasn't been back to her unit since the shooting last Thursday.

"I'd rather sleep in my car than be here," Luciano said.

She was grazed in the neck by a bullet when the gunfire broke out there. There is a growing memorial on the spot where the shooting happened.

That shooting was the springboard to consecutive nights of bloodshed in the Bull City.

Single moms are pleading for something to be done.

"I'm demanding the city come out and help us," said Tammy Moore, who was unloading groceries last week during the shooting.

Her four children were with her at the time. Now she has the next-to-impossible task of trying to talk to them about what happened.

"There was a massacre in front of everybody's face and they want us to go on with our lives like nothing happened," Moore said.

Overnight Tuesday into Wednesday, from the Sandhills to the Triangle, a total of six people were shot and three of them died.

The shootings came just a day after Durham Mayor Elaine O'Neal discussed the surge in gun violence in the Bull City.

"During the next 90 days, Durham police will work with crime analysis and intelligence units to focus on areas affected by gun violence," Andrews said.

According to Andrews, there have been 16 homicides and 195 weapons seized across the city. At a Durham Sheriff's Office event, nearly 100 guns were collected Saturday.

The hope is that that will lead to arrests on the federal and local levels.

"I'm sure everyone is aware of how many homicides we have had and just since last Thursday," said L.A. Jones, co-founder of the Hayti Reborn Justice Movement.

She spoke to the Durham Community Safety and Wellness Task Force on Wednesday night.

The Justice Movement takes a more holistic approach, looking at alternatives to incarceration, workforce readiness and mentoring for underserved communities in Durham. The task force is also proposing a program to provide listening sessions with gun violence survivors.

Some Durham moms are willing to try anything.

"We need help, like, we really need it," Moore said. "Y'all wouldn't be OK sleeping under these conditions."

Meanwhile, Alston volunteers at the Boys and Girls Club to keep busy. She said outside of work, it's her only option as more people fall victim to gun violence.