What does it mean for an election to be 'called' and when will a winner be decided? 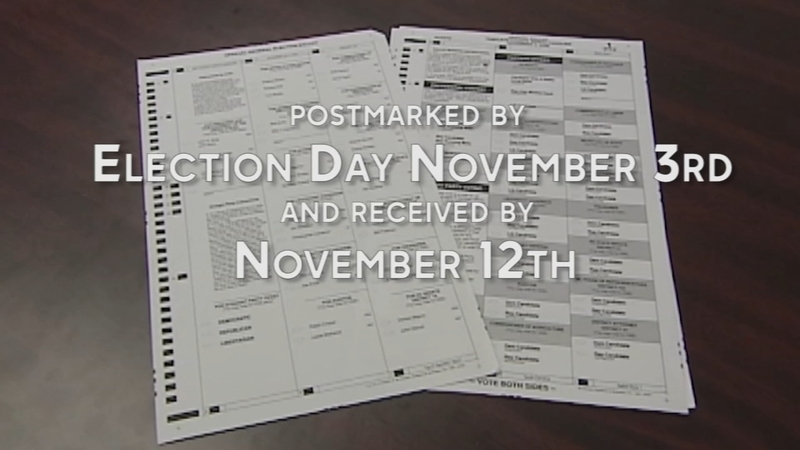 After ballots are counted, when is a winner announced?

RALEIGH, N.C. (WTVD) -- As ballots continue to come into local boards of election offices, supporters of President Donald Trump have rallied, demanding he be declared the winner in the state.

Currently, President Trump is ahead of Vice President Joe Biden in the Tar Heel state by about 77,000 votes, though ABC News and other media outlets have not projected a winner.

LATEST: Why the presidential race hasn't been called in North Carolina

Media projections are just that--"projections"--which have no actual authority.

A winner is declared once all ballots have been counted and the county and state boards of elections have certified the results.

"(The certification process) starts at the county level," said David McLennan, a political science professor at Meredith College. "We have professional staffs within the county board of elections that will go through and do an audit of the election day votes, the early votes, and the absentee mail-in ballots to make sure there are no irregularities. They've been looking at all kinds of things related to the mail-in votes--matching signatures, making sure all the proper procedures have been followed. So they'll first look at it, and then they'll send it to the State Board of Elections who will go through an audit of all 100 counties, just making sure they're following the procedures that they've laid out to correctly count the ballots, (that) there are no equipment issues, no human errors, that sort of thing. So, it's a very exhaustive process, and again it relies people who are trained in this type of work. It's not partisans that are doing this work, these are civil servants. So ultimately, when the State Board of elections certifies the results, I think North Carolinians ought to feel confident they've had people who are trained and qualified to do the work who are there certified to do the work."

In North Carolina, ballots that are postmarked by Election Day and received by November 12 are counted. The extension to November 12 was implemented due to the COVID-19 pandemic; the Trump campaign, NCGOP and other plaintiffs unsuccessfully challenged the extension in the 4th Circuit Court of Appeals and US Supreme Court.

McLennan estimated it could take a couple weeks after that date for the results to be certified.
"What we're seeing is the volume of the mail-in ballots is slowing things down a little bit, because the counties have never had to deal with this kind of volume. But in terms of the process of how North Carolina conducts its election, it really is very standard operating procedure," said McLennan.

"In North Carolina, Republicans should feel pretty good about their situation. Even with the votes that are potentially left to count, it looks like most of the seats are going to be in Republican hands moving forward," said McLennan.

On Wednesday, President Trump tweeted that "we have claimed, for Electoral Vote purposes, the Commonwealth of Pennsylvania (which won't allow legal observers) the State of Georgia, and the State of North Carolina, each one of which has a BIG Trump lead." The tweet was flagged by the social media site, who clarified that "official sources may not have called the race when this was tweeted." As of Friday afternoon, Trump trailed in Pennsylvania and Georgia.