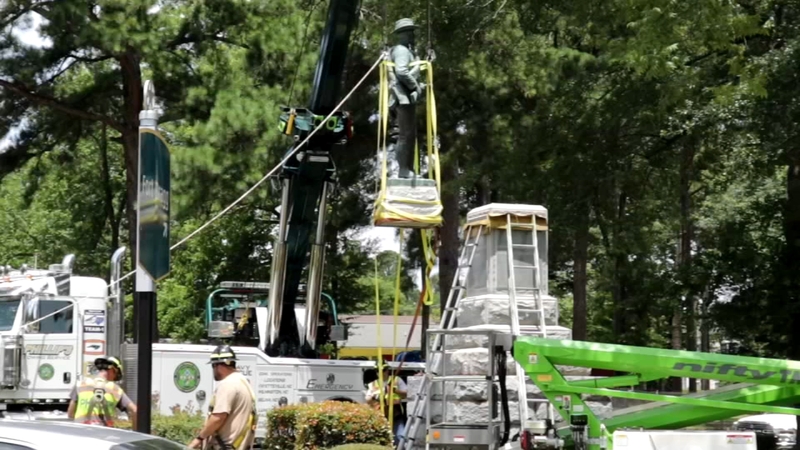 In the Haymount area of Fayetteville, work began around 11:30 a.m.

RELATED: Rocky Mount Confederate monument to be removed next week

The Fayetteville statue was first erected in 1902 and was removed and placed into storage by its private owners. The action was not directed or paid for by the city.

'It's a sign of division:' Fayetteville Mayor requests Market House be removed from city logo

In Louisburg, the Confederate monument that sits on Main Street-- in front of Louisburg College -- had its statue removed around 12:30 p.m.

WATCH the removal of the Confederate statue

Louisburg town administrator Johnson Franklin said the rest of the obelisk will be removed at a later date. After engineers find a proper area for placement, the statue will be relocated to the historic Oakwood Cemetry (also known as the Louisburg Cemetery) which is just outside of town.

During a town Board meeting on Monday, members voted 4-3 in the removal of the statue.