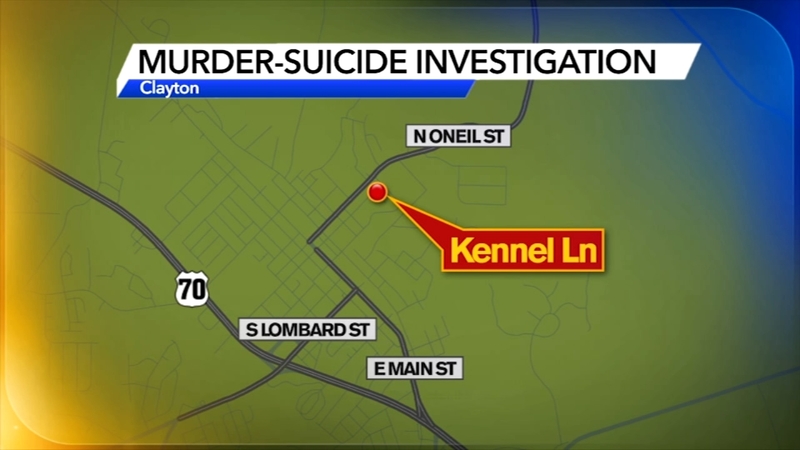 CLAYTON, N.C. (WTVD) -- A Clayton man shot and killed himself after killing his wife during a domestic dispute Sunday night, officials said.

Town officials said it happened at 120 Kennel Lane just before 10 p.m. on Sunday.

According to officials, dispatchers received a call from 33-year-old Christina Bueno around that time. Bueno called and requested law enforcement because her husband, 35-year-old Jaime Bueno had a gun and they were involved in a domestic dispute.

The 911 dispatcher heard gunshots while on the phone with Bueno and the line disconnected, officials said. Clayton police responded to the home and found the bodies of Jaime and Christina in their 6-year-old son's bedroom with gunshot wounds.

The 6-year-old son was found in the bedroom unharmed.

Clayton investigators believe Jaime Bueno shot Christina with a pistol multiple times during a domestic altercation before he shot and killed himself. Witnesses said the couple had a history of domestic-related incidents. Police also responded to the home in 2019.

Jaime Bueno was a member of the National Guard, officials said.

The child was taken into custody by Johnston County DSS and family members have been located to take custody.

If you are struggling with thoughts of suicide or worried about a friend or loved one help is available. Call the National Suicide Prevention Lifeline at 1-800-273-8255, or text TALK to 741-741 or visit suicidepreventionlifeline.org