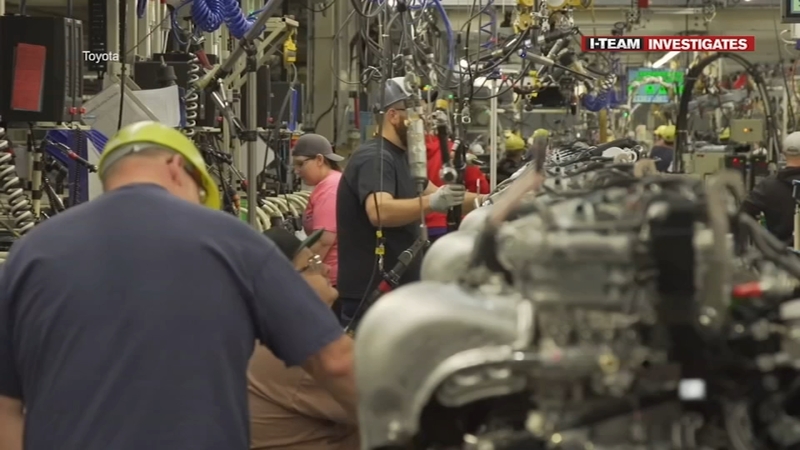 Big companies coming to NC, but the jobs may be a while

RALEIGH,N.C. (WTVD) -- Hybrid and electric cars, supersonic jets and fiber high-speed internet are products that move very quickly, but the companies themselves might move too slowly for North Carolinians wanting to work for them.

Fresh off major news about Toyota's new battery factory and negotiations for an airplane manufacturer, there is certainly ample reason for job seekers to get excited. In fact, 2021 has been a banner year for the Tar Heel State in terms of new companies and expansions, including Apple, Amazon, Google, Fidelity and FujiFilm Diosynth.

There are several logistical hurdles before those factories and hubs become reality.

Johnston said frequently the hiring can happen in waves.

"And in this current pandemic situation where we've got supply chain challenges, even though a lease may be signed, the company still has to get desks for talent and they still have to get computers and technology," said Johnson "They have to get wiring so everything runs on the cloud, so it just takes time. You just can't snap your fingers and hope that you have 1,500 hires in a building."

Johnston, moreover, warns job seekers not to sit idly if they are interested in applying for the new jobs when they're finally listed.

"Look for certificates that you can take, conversations and networking that can get in place and look at bridge jobs. Opportunities that will bridge the gap for that job you really want that will set you up for success in that next role."