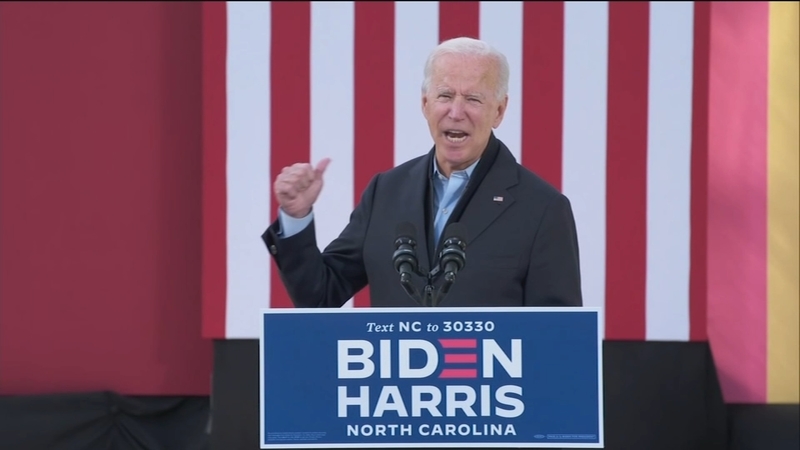 Biden and his granddaughter Finnegan arrived at RDU around 12:40 p.m. and were greeted by Gov. Roy Cooper.

Biden spoke at Riverside High School in Durham around 1:45 p.m. Around 40 cars were parked in a semi-circle in the parking lot listening to the former vice president speak.

During his speech, Biden touched on COVID-19's impact in North Carolina, criminal justice reform and the economy.

The former vice president mentioned how stable jobs and financial stability were seen a century ago in Durham where "an oasis of black-owned businesses thrived even the air of Jim Crow." Biden said Durham was "one of the first examples of flourishing Black middle class in America."

After speaking in Durham, Biden will attend a virtual meeting with African American faith leaders.

This marks Biden's second campaign stop in North Carolina since securing the nomination. His last visit was in Charlotte, where he discussed rebuilding the US economy.

On Saturday, actress Kerry Washington and her husband Nnamdi Asomugha advocated for early voting and met with Biden/Harris campaign volunteers in Durham.