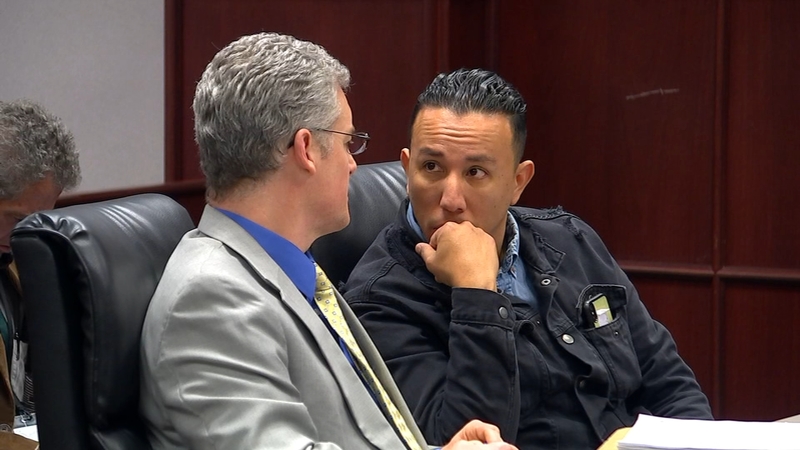 CHAPEL HILL, N.C. (WTVD) -- A Troubleshooter investigation into a Triangle unlicensed contractor continues to get results.

Troubleshooter Diane Wilson first warned viewers about Garcia in December of 2015 wehn he took on a job in Durham for more than $30,000 and did not finish it. At that time, Garcia was not licensed to do that kind of work, and after our story the North Carolina Licensing Board for General Contracting investigated and the court issued a consent order where Garcia would not continue to take on jobs he's not licensed to do.

In 2019, several homeowners reported to Troubleshooter Diane Wilson again Garcia took on jobs again worth more than $30,000 and he admitted to Wilson that he was not licensed to do those jobs. In February, Garcia was sentenced to 120 days in jail for violating a court order he signed in 2017 with the North Carolina Licensing Board of General Contractors.

In May of 2020, the FBI accused Garcia and his wife of defrauding at least 50 elderly North Carolinians of $2 million. Garcia and Flores are facing charges from the U.S. Attorney in the Middle District of North Carolina for criminal conspiracy to commit wire fraud.

Now, Stein's lawsuit alleges that Garcia manipulated vulnerable elderly homeowners by presenting himself as a devout family man and licensed contractor and building seemingly sincere relationships with the homeowners. Many of these elderly homeowners had age-related health issues--including cognitive impairments such as dementia--and relied on fixed incomes.

"When you hire someone to do work, you expect and deserve to have that work done well and at a reasonable cost," Stein said. "My office will hold accountable anyone who tries to take advantage of North Carolinians--especially our most vulnerable. That's why I'm going to court against these defendants."

Troubleshooter Diane Wilson's investigation is mentioned several times in Stein's complaint. There are text messages between Garcia and a victim where he asks the victim several times not to report the problem with unfinished work to Wilson and if they report Garcia to Wilson he will not finish the work or return the money.

Garcia is currently incarcerated for violating a consent order with the North Carolina Licensing Board for General Contractors that barred him from doing general contracting work in North Carolina until he was properly licensed. However, according to Stein, during Garcia's incarceration, Flores has allegedly been contacting existing customers and demanding payments, even though no work is being done and Garcia has already absconded with substantial funds from these customers.