Durham man shows up at the polls, is told he already voted in 2020 election 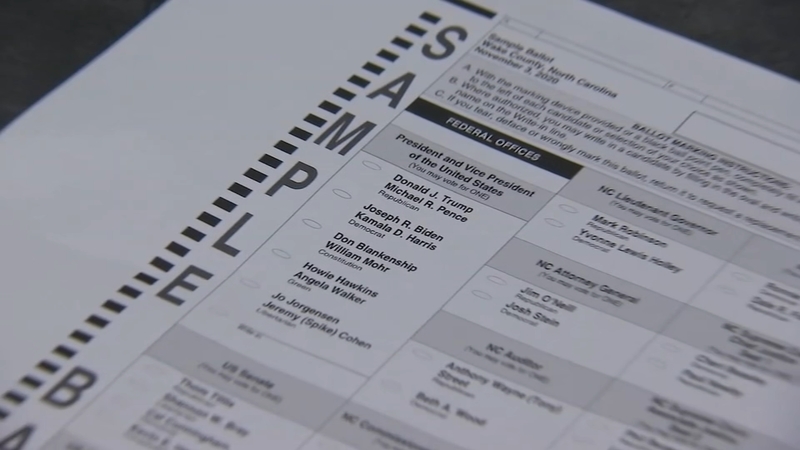 Durham man shows up at the polls, is told he already voted in 2020 election

DURHAM, N.C. (WTVD) -- When Durham resident Del Cornno Prince went to cast his ballot, he was told he already voted.

The news came as a surprise to 66-year-old Prince who has done curbside early voting for 15 years.

"I've never had a problem with it. This is the first time," he said.

"A poll worker told me I had already voted by absentee ballot and I didn't," Prince said.

Prince was issued a provisional ballot in place of a regular ballot but was still confused and concerned about whether his vote would count.

"It kind of upset me. I was praying and asking God to just you know help me," Prince said.

He also reached out to the ABC11 I-Team for answers.

The Durham County Board of Elections told the I-Team after looking into Prince's case that his provisional ballot would count. County election officials explained the mix-up was caused by a poll worker accidently selecting Prince's name when another voter with a similar name showed up to vote.

Jaclyn Maffetore, an attorney with American Civil Liberties Union in North Carolina and a captain with the nonpartisan Election Protection Coalition said this type of mix-up happens.

"Human beings do occasionally make mistakes even when they are trying their best to be as diligent and precise as possible, and the provisional balloting process exists in order to catch mistakes that we as human beings are prone to make," Maffetore said.

She called provisional ballots a fail-safe that requires election officials to do research to confirm whether there is a clerical error.

During the last presidential election, more than 60,000 provisional ballots were cast in North Carolina. The most common reason a ballot was not counted was because the voter was not registered (69% of voters), followed by people voting in the wrong precinct (12%).

North Carolina State Board of Elections data shows more than 2,600 voters cast provisional ballots during early voting this year. Around 19% of ballots cast were due to voters--like Prince--who were told they already voted.

"Many of those are cases of voters either having the exact same name or very similar names either in spelling or only their middle name is different and again that is incredibly common," she said. "It's probably not voter fraud, more likely than not it's just a clerical mistake because that person has a common last name."

In this election, the most common reason a voter had to file a provisional ballot was that their address was not recognized in the county's street lookup.

Voters who receive a provisional ballot are given a pin to track their vote and a packet of information.

"Those votes are researchable, these problems are fixable and more often than not they are caught and fixed and the votes will count," Maffetore explained.

RELATED: Voting on Election Day in North Carolina? What you need to know

Around 50% of provisional ballots cast in 2016 and 2018 were accepted in North Carolina.

Maffetore said if voters are told to fill out at provisional ballot on Tuesday they can call 1-888-OURVOTE for any questions and concerns they may have.

She also reminds voters under federal law they have a right to cast a provisional ballot.

"You are not legally allowed to be turned away from the polls if you believe you have a legal right to vote there without being offered a provisional ballot," she said.