'I'm terrified:' 70% of unemployed workers in NC will stop getting federal benefits Sept. 4 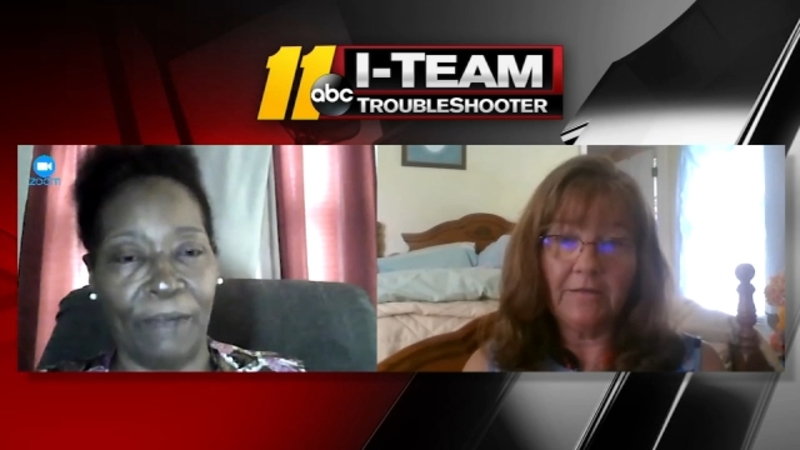 70% of unemployed in NC will stop getting federal benefits Sept. 4

Fear and anxiety are setting in for thousands of unemployed here in central North Carolina as they're about to lose their benefits.

For the last 17 months, extended federal benefits helped those who lost their jobs due to the pandemic, but now, according to the North Carolina Division of Employment Security, about 70% of those unemployed currently getting money will no longer qualify after Sept. 4.

She's been getting unemployment benefits since March of 2020 after losing four different contracts. She has more than 30 years of experience working in the insurance and automotive industry, but her experience is not helping her land a job.

"I've got a lot of experience, I just can't get my foot in the door. It seems like the things I'm qualified for, there is a lot of competition," she said.

She also said she believes age is a factor.

"My opinion -- I'm finding ageism is alive and well. I think some people look at me that I'm too old to work, but too young to retire," she said.

"There are jobs out there, but there are no jobs that will necessarily keep a roof over your head, you're going to be the working poor," Heath added.

Single mom of three Jeanna Rinehart has also been surviving on the extended unemployment benefits.

"I'm scared that I'll lose my place to live, which I got myself after becoming separated," she said.

Her biggest obstacle standing in the way of her getting back into the workforce is child care.

"Daycare is really expensive if I was to go back to work, I'd be working to pay daycare. I'm trying every outlet I can to find something to work from home. I'm praying for a miracle, maybe a job will come through," Rinehart said.

She says she's tried desperately to find a job and is frustrated when she hears from people that everyone is hiring.

"'Just go get a job.' If it was that easy, I would have done that the minute things opened back up," she said.

For others, COVID-19 health and safety concerns are making it tough for them to find a job.

She says she's applied for dozens of jobs, but no offers from jobs that she feels don't put her health at risk.

"I don't know how I'm going to pay my rent," Riddick said.

Allison Ratkovich lost both of her jobs at the start of the pandemic and says the extended unemployment benefits have been her lifeline.

"So grateful. It's what's kept me in my home instead of on the street," she said.

While out of work, she was diagnosed with multiple sclerosis.

"Now I'm having to look for jobs that don't impact my health," she said.

Ratkovich says she's taken steps to prepare for losing her benefits but it doesn't make it any easier.

"I'm worried. I've tried to save up every nickel and dime, but it's not going to be enough to get me through the next couple of months," she said.

She wants the government to take action and extend benefits especially with the rise in COVID-19 cases.

"If they are trying to force people to get jobs I don't think this is the right way to go about it, especially with the pandemic numbers going up," she said.

Bill Rowe with the North Carolina Justice Center, an organization helping the unemployed navigate the system, says there are probably about 150,000 people that are going to be affected by the expiration of the extended federal benefits.

Rowe says this will hurt the economy because, since the pandemic started, the extra federal unemployment funds pumped more than $10 billion into the hands of the North Carolina unemployed.

Rowe disagrees with the critics that claim the extended benefits have stopped people from getting a job.

"The federal unemployment insurance does not prevent or keep or incentivize people from going back to work, and how it's claimed and one thing you can look at is North Carolina's unemployment rate has been going down," he said. "We're pretty much around four...percent and the states that cut off unemployment -- that's about 26 states and cut off the federal program early -- they're not doing as well as North Carolina in getting people back to work."

"It's just a shame, we're going to go back to the pre-pandemic unemployment system. In this state, and it's one of the worst," he said.

Under NC law, the state provides up to 13 weeks of unemployment in a one-year period to those that lose their jobs. Many states provide 26 weeks of benefits.

"I don't think North Carolina is even close to working towards some reform. I think we're really dependent and reliant on the federal government trying to do something about it," Rowe said. "We're not the only state in that situation. I think the federal program has worked. It doesn't need to be as what was created for the pandemic, but there are just people that are left out of the systems, and there are few of the benefits offered are ridiculous free low even in North Carolina, and so there are just some guardrails that need to be established so that we at least have some system that can provide some help for people who need it."

"As the pandemic hit, we cut red tape and made temporary changes to unemployment insurance to help people get benefits and to protect employers and employees," Cooper said. "North Carolina's paltry unemployment benefits are some of the stingiest in the country, and I will continue to urge the legislature to improve the state's benefits as we return to normal procedures."

Executive Order No. 231 reinstates the waiting period for unemployment benefits under state law and directs the Division of Employment Security to resume charging of employer accounts for all individuals paid unemployment benefits, including those unemployed for reasons related to COVID-19.

For anyone who still has a case pending or is in the appeal process when it comes to unemployment benefits, you should continue to fight it as you will be paid your benefits retroactively if you're found eligible for benefits.

The week ending Sept. 4, 2021, is the last payable week for the following benefit programs:

If there is a balance remaining on your account after September 4th, 2021 no PEUC, PUA, FPUC, or MEUC benefits may be paid for weeks ending after Sept. 4, 2021, because of the ending of these programs.