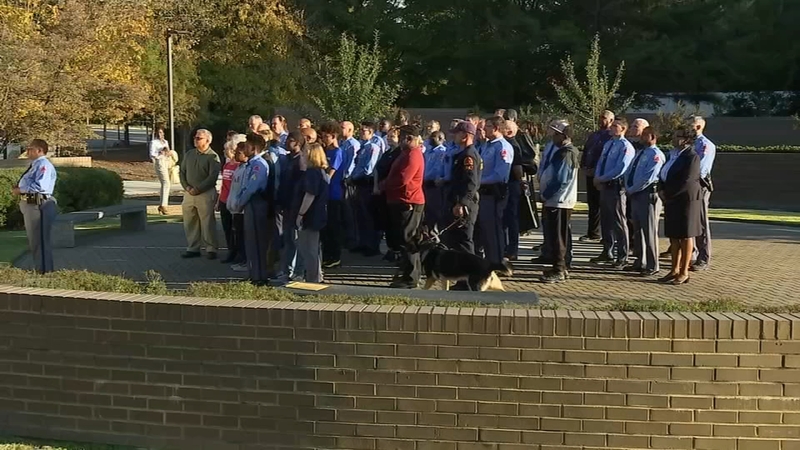 RALEIGH, N.C. (WTVD) -- Raleigh's police chief stepped in front of the camera Tuesday to film a PSA, urging the community to join the police department in preventing gun violence.

We’re at the filming of @raleighpolice PSA. Chief Deck-Brown wants to send the message that it’s up to everyone to prevent gun violence: police AND community. @ABC11_WTVD #ABC11 pic.twitter.com/gMB0RuTSHd

About a dozen community members answered a call on social media inviting the community to join her at the Dr. Martin Luther King, Jr. Memorial Gardens in southeast Raleigh.

"When people in the community come up to me and ask who can prevent gun violence, as Chief of the Raleigh Police Department, the answer is simple: I can. You can," Chief Deck-Brown said before the cameras. The group of citizens and uniformed police officers then step in behind the chief and say in unison, "We can."

Chief Deck-Brown said that was one of two PSA's the department is making, all of it part of her larger Firearm Violence Reduction Strategy that she presented to City Council in July 2018.

In that report, she said community engagement was critical to accomplishing her strategy of creating a community of intolerance toward gun violence.

"The community often hears, sees, or knows something and for whatever reasons they don't come forward at that particular point in time, but just imagine if they would - how we could perhaps prevent a situation from occurring," she said.