WTVD
By Jonah Kaplan
CHAPEL HILL, NC (WTVD) -- For the second time in as many years, a protest against a North Carolina monument to a Confederate memorial soon deteriorated in property destruction.

Still, the fall of the statue known as "Silent Sam" is only raising the volume on the already contentious debate surrounding North Carolina's remaining monuments to the Confederacy, which are scattered throughout the state and standing in very public areas.

"For us, they are monuments that embrace hate," the Rev. Dr. T. Anthony Spearman, President of the North Carolina NAACP, told the ABC11 I-Team in an exclusive interview. "The Civil War was a hideous time in our history, and I wish we can obliterate it - but we can't."

Spearman, who succeeded the Rev. William Barber as the NC NAACP president last year, is denouncing the vandalism in Chapel Hill that brought down Sam, and stressed that voting is a much better way to bring about change.

Still, though he said he understands the anger and resentment, Spearman cautioned against putting too much stock in a piece of metal.

"I'm wondering how much focus will be on the statutes that allowed Sam to go up in the first place and for (other monuments) to stay up and be memorialized and cherished."

An I-Team analysis counts 109 remaining Confederate statues, monuments and memorials throughout North Carolina; the number not including Silent Sam or a statue ripped down in Durham in August 2017.

The analysis also reveals 98 monuments were dedicated after 1900, and three since 2000.

In the Durham and Chapel Hill cases, Gov. Roy Cooper (D) has denounced the violence, but in the past he has voiced support for moving the monuments, declaring last year: "We cannot continue to glorify a war against the United States of America fought in the defense of slavery. These monuments should come down."

In March, a five-member Study Committee on Relocation of Monuments held a public comment forum to gauge interest in the potential relocation of three Confederate monuments at the State Capitol; The Study Committee's charge follows a petition from Gov. Roy Cooper and the N.C. Department of Administration to move the monuments from the Capitol grounds in Raleigh to the Bentonville Battlefield State Historic Site in Four Oaks.

The Committee is scheduled to meet on Wednesday and is expected to make its final recommendations.

Despite our outreach, groups like the Daughters of the Confederacy did not respond to requests for interviews or comments.
Report a correction or typo
Related topics:
politicschapel hilldurhamnci teamconfederate monumentnorth carolina newsconfederacysilent sam
Copyright © 2020 WTVD-TV. All Rights Reserved.
I-TEAM 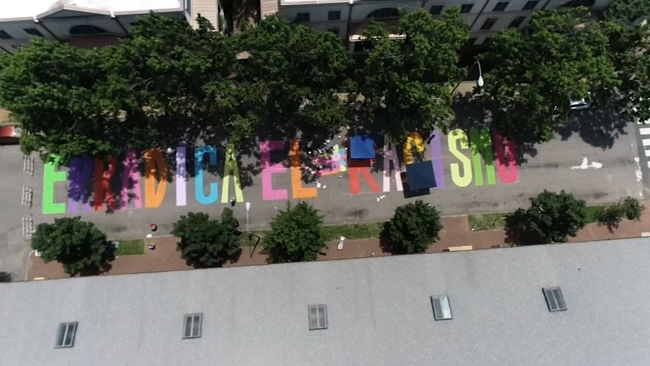