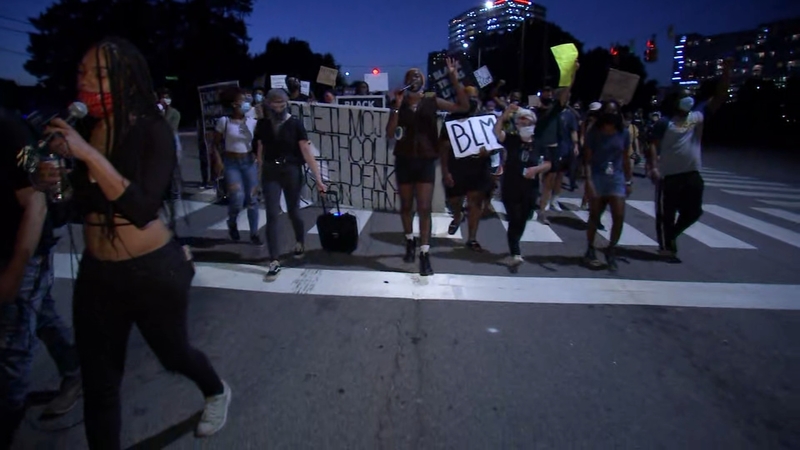 RALEIGH (WTVD) -- A group of activists in support of the Black Lives Matter movement marched through the North Hills area on Saturday night.

As the demonstration began, groups brought traffic along parts of Six Forks Road to a standstill before moving on to the popular North Hills shopping center.

During the march, demonstrators chanted the names of people who were killed at the hands of Raleigh police such as: Keith Collins, Akiel Denkins and Soheil Mojarrad.

Among the names chanted was Kyron Hinton, who was at the center of an excessive force investigation back in 2018. He later died from an apparent drug overdose, according to an advocate for Hinton.

"We've been saying their names for 42 days straights," one of the leaders of the march said.

The march ended at the State Employees' Credit Union around 9 p.m. where demonstrators debriefed.

A police presence was nearby the scene of the demonstration but did not interfere with the group.

As the demonstration began, groups brought traffic along parts of Six Forks Road to a standstill before moving on to the North Hills shopping center.

A week before, Raleigh police arrested at least 20 demonstrators during a similar demonstration that blocked traffic along Capital Boulevard in downtown Raleigh.