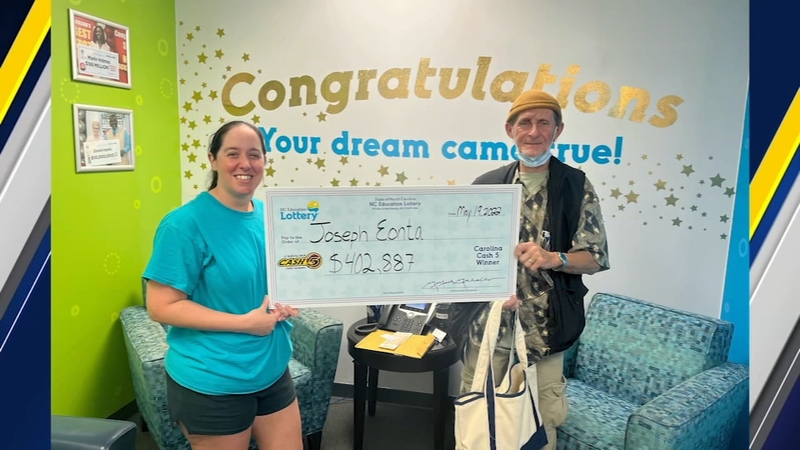 PRIINCETON, N.C. (WTVD) -- A North Carolina man is counting his blessings and money after winning the lottery with some help from family.

Joseph Eonta of Princeton said his $1 Cash 5 ticket won a $402,887 jackpot, but buying the ticket wasn't the only blessing toward the win. It was also girl power. That's because Eonta said the winning numbers he picked are the ages of the daughters and granddaughters.

"I looked and I said 'dadgum that looks like it might be the number,'" Eonta told North Carolina Education officials.

Eonta claimed his big check on Thursday and after the required state and federal tax withholdings, he took home $286,091.

"I'm thrilled to death. This will help me considerably," Eonta said.

He said he wants to use the winnings to take care of some bills and possibly buy a new car.