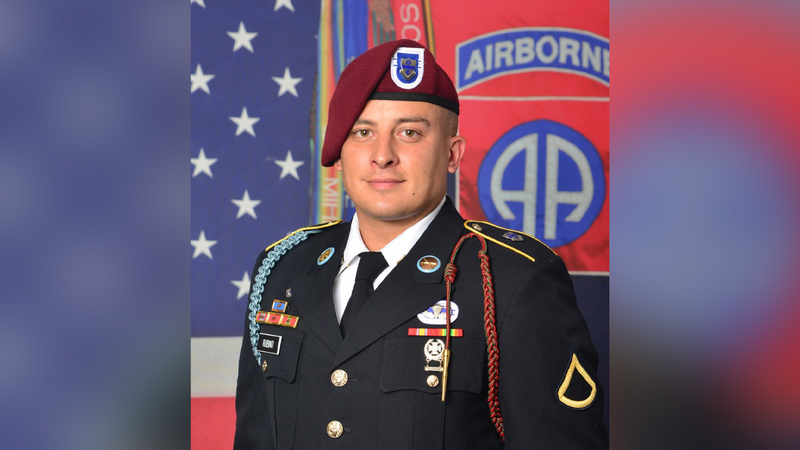 "The loss of Mikel to his family, friends, and fellow Paratroopers is a tragedy," Col. Phillip J. Kiniery III, commander 2nd Brigade Combat Team, 82nd Airborne Division, wrote in a statement. "We mourn Mikel's passing alongside his family. Our thoughts and prayers are with them all during this difficult time."

Army officials said Rubino is survived by his wife Alyssa, his daughter Legacy and his mother Sheila.

Rubino had joined the Army in 2020 and arrived at Fort Bragg just this year. During his time, he served as an infantryman assigned to the 2nd Battalion, 325th Airborne Infantry Regiment, 2nd Brigade Combat Team.

His death remains under investigation.

It also marks the latest in a string of recent deaths of Fort Bragg soldiers on or near the base.

In July, a Fort Bragg soldier died during Special Forces training in Florida, leaving behind a wife and three children.

In June, two paratroopers from the 82nd Airborne Division were found dead in their barracks in what Army officials said they suspected were drug overdoses.

Also in June, a Fort Bragg soldier was killed and two others were injured in a crash while en route to a training range.

In May, Fort Bragg Sgt. Tiara Nicole Vinson, 26, was charged with first-degree murder and discharging a firearm into an occupied property in Fayetteville, North Carolina, in the killing of Spc. Kelia Horton, 22.

Army criminal investigators also continue to investigate the death in late May 2020 of Fort Bragg Specialist Enrique Roman-Martinez, a paratrooper with the 82nd Airborne Division, whose dismembered remains were found during a Memorial Day camping trip with fellow soldiers to North Carolina's Outer Banks.