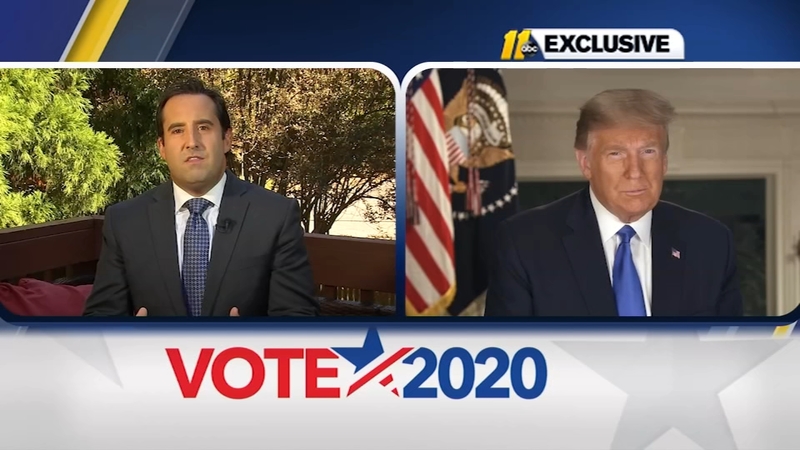 GASTONIA, N.C. (WTVD) -- President Donald Trump will host a campaign rally in Gastonia on Wednesday, according to a statement from his campaign.

The visit will mark Trump's 16th appearance in the Tar Heel State. Most recently, the president held a rally in Greenville a few days after his physician said he was no longer at risk of transmitting COVID-19.

Before his rally, Trump gave an exclusive interview with ABC11's Jonah Kaplan. In the interview, Trump criticized Gov. Roy Cooper for not opening up North Carolina more quickly.

"In North Carolina we want the governor to open up the state, the schools to start opening up immediately," Trump said to Kaplan.

Cooper has repeatedly touted his "dimmer switch" approach to reopening the state as the best way to save lives and restart the economy more quickly.

The visit comes a little less than two weeks before Election Day, but more than a million North Carolinians have already cast their ballot in the election. A recent ABC News Poll still shows North Carolina as one of five "toss-up" states, where the race is close between Trump and former Vice President Joe Biden.