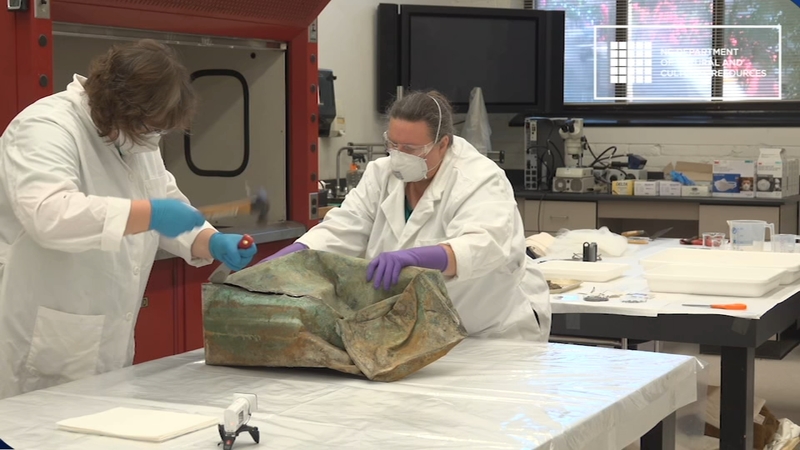 What was found in the Raleigh Confederate monument time capsule

RALEIGH (WTVD) -- Two buttons and horse hair were among a few things found inside an 1894 time capsule buried in the Confederate Monument in downtown Raleigh.

On Thursday, the North Carolina Department of Natural and Cultural Resources (NCDNCR) noted that the time capsule had rusted through in places causing some of the items to be severely damaged. Among the items that were safely recovered so far include a newspaper clipping from the Charlotte Democrats' May 25, 1894 edition, wooden box, a stone thought to be from Gettysburg, two buttons attached to a piece of textile and a strand of what appears to be horse hair.

Read the Charlotte Democrats' May 25, 1894 edition of the newspaper in its entirety here.


Historians have since begun preservation work on these items and the metal box.

Crews found the time capsule on Sunday, June 28 while removing the rest of the base monument from Capitol grounds after receiving orders from Governor Roy Cooper.
EMBED More News Videos