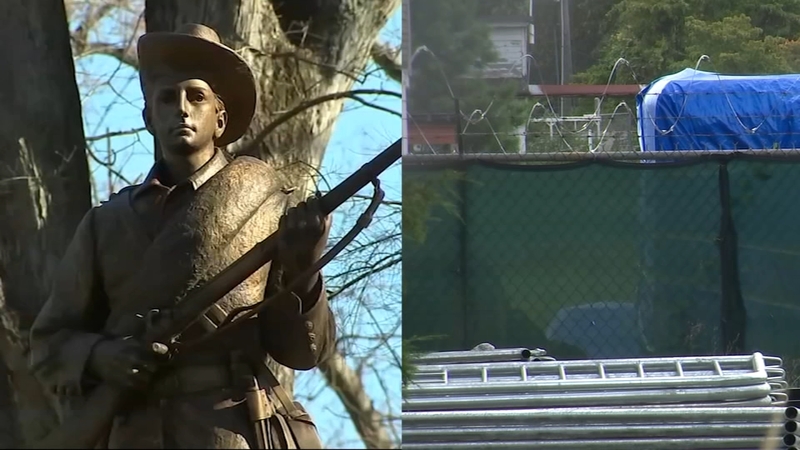 Silent Sam believed to be found at UNC storage area

CHAPEL HILL, N.C. (WTVD) -- The Confederate statue Silent Sam may be off Municipal Drive near MLK Jr. Blvd. This is where one journalism student tells ABC 11 she found it.

The object wrapped in plastic-behind a barbed wire fence at UNC's Municipal grounds.

UNC Journalism student Charlotte Ix says her roommate approached her about the possible sighting this Spring.

"She was like 'I know where Silent Sam is you wanna go see it?'" Charlotte says her friend asked. "Oh yeah, I definitely want to see it."

It was the Junior's potential first look at the controversial statue more than a year after protesters yanked it down from its historic location at McCorkle Place.

Charlotte snapped images that appear to show Sam lying down with his gun pointed toward the sky. His pedestal possibly wrapped in blue tarp.

"No way! This is crazy," Charlotte said she was surprised by what she believes to be Silent Sam.
"When I saw it-it was kind of just laying there. That was the most shocking part to me. How someone originally found it-I'm not sure-it just kind of got through the grapevine and to me I guess."

A UNC spokeswoman tells ABC 11 the university is unable to discuss the location of the statue for security reasons.