'It's so loud': Raleigh residents fed up with overnight I-40 construction noise 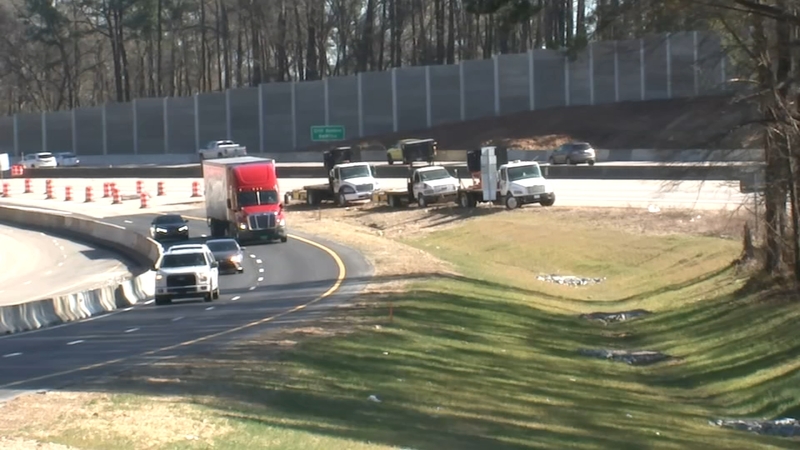 RALEIGH (WTVD) -- The past two weeks have been restless for Raleigh resident Sandra Taylor, she says construction has been keeping both her and her husband up during the night.

"For the past two weeks it's like a large jackhammer, like a massive jackhammer, sort of like blasting, in a way, but it's so extremely loud and it also kind of rattles the house a little bit as well, because it's so loud," Taylor said.

She said it usually starts around midnight and can go until 4 am.

"We work so to have to go to work the next day, it's irritating and it's just not fair," Taylor said.

The noise is coming from NCDOT's I-40 widening project from southeast Raleigh to Clayton.

A project that is said to lessen the impact on traffic. The construction causes some overnight closures on Interstate 40 East and I-440 East between Poole Road and Rock Quarry Road.

The old flyover bridge will also be demolished.

"We have very large excavators with hammers on the end of them that are literally breaking up the bridge deck on the old bridge, so that we can then, once the bridge deck is off, then we can remove the girders and we can take the support beams down and that sort of thing," said NCDOT spokesman Marty Homan.

Taylor is not the only one bothered by the noise, Homan says the project team has received several complaints and is actively working to adjust the schedule to see if there are accommodations that could be made.

"Right now, we're in the middle of the second of four weeks of work to demolish this bridge. And so we're looking into ways to sort of shorten that timeframe so we're not working so many nights," said Homan.