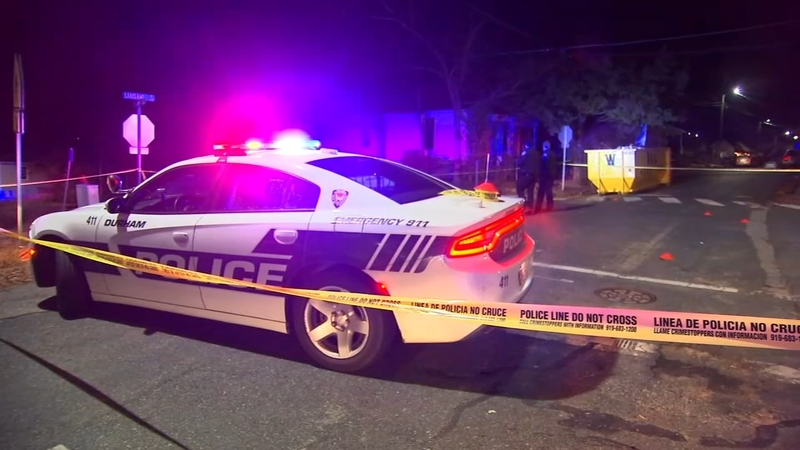 Her son Charleston was abducted from their home in 2018.

The latest rash of violence in Durham is bringing back painful memories nearly four years later.

Tammie Goodman is living a nightmare she cannot escape.

Next month marks four years since her son was kidnapped outside their home off East Woodcroft Parkway.

Durham Police are investigating his disappearance as a homicide.

On Wednesday, police told ABC11 that there are no updates.

Goodman's 9-year-old daughter is spending the fourth Christmas without her father.

The Goodman family is not alone in their pain and their wait for justice.

Several young people have been killed or injured by violence in Durham since September.

Shamori Brown, 21, and 20-year-old Tavis Rhodes both were shot and killed in a parking lot on NCCU's campus.

15-year-old Ariuna Cotton and a 19-year-old were killed last week. They were with four minors who were also found shot in a stolen car near McDougald Terrace.

"It just hurts me that another family has to feel the pain that my family have felt for almost four years now," said Goodman, who said she blames the rash of violence on what she calls irrational survival street codes of silence and earning "street cred."

"I have to prove myself. This is what I have to do to get respect. But that's not the way to get respect. Get your education and have some self-respect," said Goodman. "When these young women hide these young men in their home knowing they be committing these crimes and they be silent about it. That silence is promoting violence in my eyes.

"I want to say to the families that are going through their first Christmas without their loved one: it's OK. Pray, cry, scream, do whatever you have to do to get through that day-without self-harm," she added.

Goodman is also encouraging families to seek therapy and keep fighting to get answers.

Her family is considering hiring a private investigator for their case.

Call Crimestoppers if you have information on these crimes. There's a cash reward for tips leading to an arrest. (919) 683-1200.